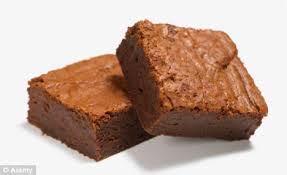 There are different types of brownies like fudgy brownies, cakelike brownies, chewy brownies, eggless brownies, and blondies. Fudgy brownies are generally referred as real brownies. They are made with unsweetened chocolates. As the name suggests, cakelike brownies are small and fluffy cakes. Chewy brownies include the combination of different types of chocolates. Blondies are brownies with no chocolates. They are made with butterscotch or vanilla extracts mixed in brown sugar. Brownies can also be made without eggs, known as eggless brownies. So, the vegetarians are no longer deprived of relishing brownies. One can learn making all these types of brownies in a brownie-making class.

Apart from the chocolate, other ingredients that are generally used in brownies are cocoa, butter, vanilla extract, flour, sugar, and nuts. Brownies are usually served with any flavored ice-cream, such as vanilla.

In case you want to become a profession baker, you first need a diploma or certificate in brownie making. For this, you join any certified brownie-making course or attend a brownie-making workshop. Mumbai seems to be a city of brownie lovers. Many people in Mumbai are conducting these courses.